My way out of depression, cutting and eating-disorder 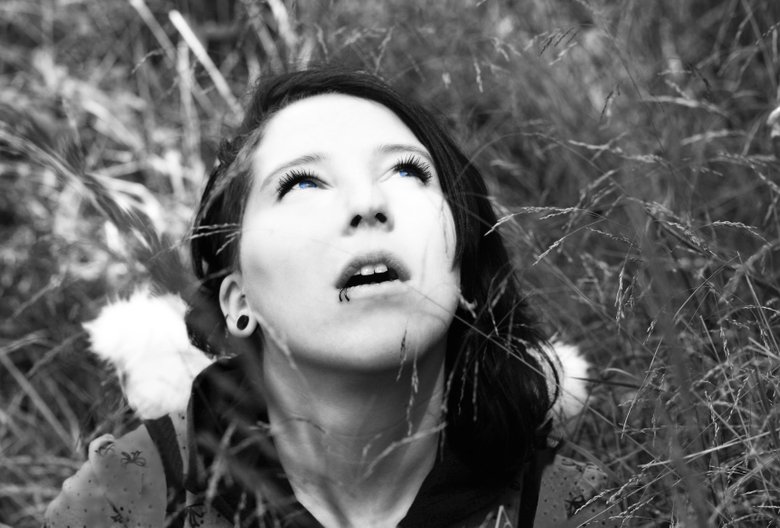 Are you living the right life?

Years later she awakes from a white coma...

This true story tells about a life with borderline syndrome. It describes self-injurious actions, such as cutting as a form of self-perception, and describes an eating disorder as a way out of black depression and the white lethargy of everyday life.

A partly critical, partly dreaming, partly poetic work that communicates with the reader with openness and humour and involves them: "Will you one day, when you die, look back on your life or on any life?

As a little girl, Rebecca already knows very well that she wants to become a writer one day, even before she has even learned to write. At school, it's actually her unusual love of the written word that makes her spend more time in the reading corner than playing with the kids. But finally she is told that writing is not a profession to live on and she has to decide for an education. Everything interests her in some way, but nothing feels the same as writing.

She decides to do an apprenticeship as an office clerk. During this time, her borderline syndrome becomes visible for the first time and yet remains undetected. That's when she begins to cutting herself. Rebecca is desperate about the situation, she has the feeling that she can no longer do what she intended to do with her life, so she decides to take her own life. But then...

Years later she awakens from a white vigil coma of repression and has to find out that she is still in the same emptiness and unfulfilled state of her life. Without knowing it, she has developed an eating disorder.

It follows a time of awakening and becoming aware of one's own existence, which also involves the reader and asks him directly: Do you live the life you want to live? Do you live your life?

It is not a diary, nor is it an ordinary autobiography, since it does not correspond to a factual documentary report of life. Through its lively and poetic language, it rather tells an authentic and touching story about a young, but already moving life. It is on the one hand a frightening invitation into a dark world that sometimes shows itself to the reader with shocking openness, and at the same time it is a philosophical wordplay that encourages one to look for one's dreams in order to find one's life.

Even as a child, Rebecca knows she wants to be a writer one day. But when she has to take a completely different path as a teenager, she tries to free herself from the wrong life by cutting herself.

At the age of 22, she developed an eating disorder. The second part describes a week with bulimia from the perspective of those affected.

The way out of the illness, and towards herself, leads Rebecca through many questions about life through to a land full of sunrises.

"This is a very remarkable text from a very remarkable woman. Touching. Gripping. Beautifully felt, reflected and written. As a passionate reader and psychotherapist, I can only pull my hat down to the ground for the fact that this debut work is both literarily excellent and extremely to the point in terms of content, and I do as well." Mrs. Dr. Novak (Clinical Psychologist, Health Psychologist and Person-Centred Psychotherapist)

"I couldn't put the book out of my hands again. While reading I cried and laughed tears, what more could you want? It appeals to young people who don't know what to do with their lives and who are faced with the decision of which profession to pursue. As a child of this performance-oriented time she speaks from the heart of many people who are not able to articulate their discomfort. It makes even older people think again about their lives. Did I really live the life I wanted to live?" Mrs. Mag. Zemann

"I liked the descriptions, and especially the many small comparisons and repetitions. They turn the story into an independent narrative that can only live through such little things. Admittedly, I have sometimes felt lost in her thoughts with her and that makes the book, her story and her emotional world all the more authentic and real and thus the author also creates incredible moments". Mr. D. Lapuch (Filmmaker)

"It not only helps people who are affected, but also those who live with the affected. An insight into a world that otherwise remains closed. It also appeals to people of all ages, because everyone experiences so-called depths or has difficulties choosing a job. Many of us have already been affected by romantic themes. Apart from that, the book has been written in an excellent style. I couldn't put it away again." Mrs. Plaschzug

"The term borderline syndrome has been associated with stars lately. Magazines write about celebrities such as Paris Hilton, Robbie Williams, Angelina Jolie and Lindsay Lohan whose often conspicuous and criticized behavior with this syndrome is explained. So what is behind it? You tell the reader in open, direct words about your difficult life with your "illness", let them participate in the most personal, profound thoughts and feelings. Borderline Syndrome", "mental disorder" etc. are catchwords that we hear again and again, yet hardly anyone can really judge what exactly lies behind these dry diagnoses. This makes your book something very special, because you are ready to let others look behind the wall." Mrs. Wagner (publisher)